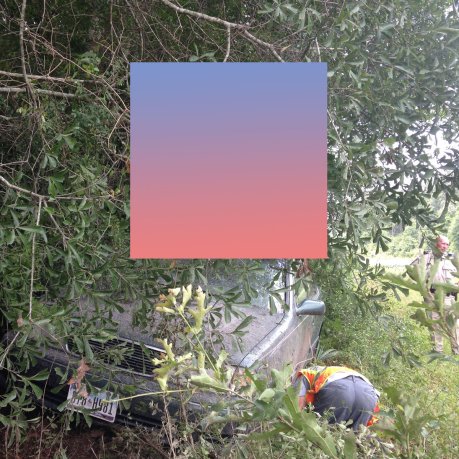 Encompassed by your own thoughts and chunky blankets, you lay face-down on a pillow. A hand rests on your back. Every memory of the last two years slowly leaks from your eyes, as love crushes and cracks into you like a jackhammer upon a BMW. Beautiful and tormenting, you are helpless as they turn you over for one last kiss. This is the new single “With You” from Lomelda, central project of Texas-based musician Hannah Read. Heading back to a similar but enhanced style as their debut album on Punctum Records (Forever), both this single and their previous one (“Ya With Me?”) have been released independently, and have a full-bodied, passionate sound that is sure to hold you over until Lomelda’s upcoming sophomore album comes out. (I’m counting Forever and the live/acoustic 4E as essentially one album).

Like Forever, “With You” features the drums of Zach Daniel; artfully simplistic and unassuming, they help you reflect on the gloomy satisfactory feeling that comes from knowing only something incredibly beautiful could make you this emotional and blanket-covered. New to Lomelda’s music are the haunting, moody background oohhs and aahhs that compliment Read’s soothing, raw vocals. The repetitive C on the piano drives the song and adds to the delightful melancholia that not many artists can pull off. The single’s full, multi-track production is similar to that of Grizzly Bear. Multi-track songs can sometimes be too busy, but in this single, every instrument has its place; they blend homogeneously together and take the listener deeper into their blankets, evoking pleasantly poignant thoughts.

“With You” by Lomelda is the perfect song to get over that person who crushed your heart in their hand, or just the day to day bout of malaise. Have a good cry or relaxing break from the stress of the world with Lomelda in the track below, and take a look at their first full length album in both its original and acoustic versions.

Lomelda is preparing to embark on a brief tour overseas alongside Pinegrove, dates found below: